1 中国国庆节英语介绍 Does National Day on October 1 what's all this about then? On Chinese People's Political Consultative Conference the first National Committee first time convention, Xu Guang Ping makes a speech saying: "The Ma Xu Lun member asks for leave being able to not come , he asks come to say PRC's be founded, should have National Day , is National Day therefore hoping capital may decide to fix October 1 me". Mao Zedong said we should assume one proposal , being decided by the government to government suggestion ". Central authority People Government passes "resolution about PRC National Day" on October 2 , 1949, stipulates October 1 every year to be National Day , is and the day declaring that PRC is founded with this day. 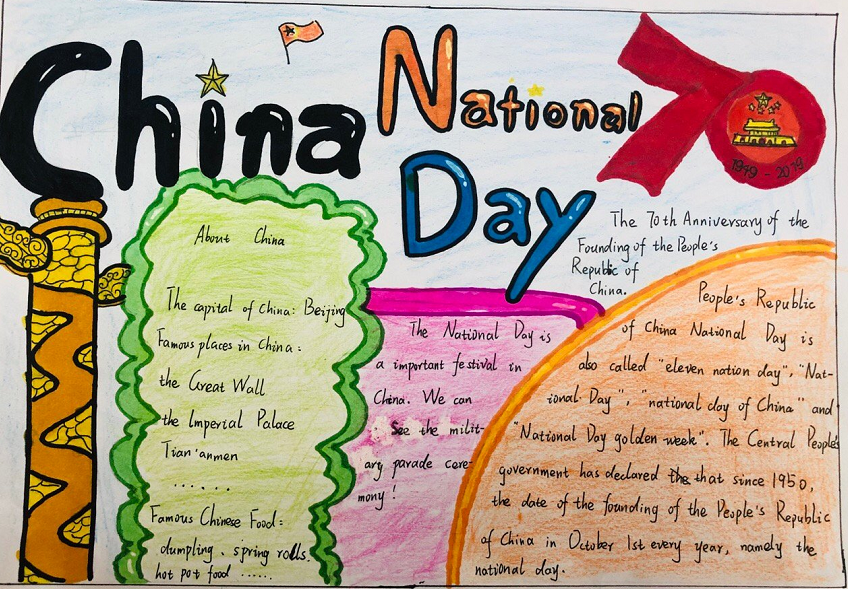 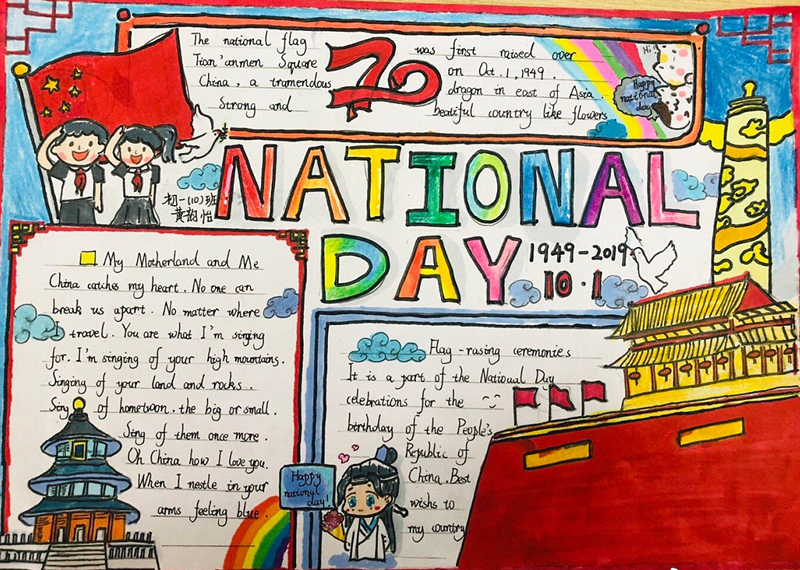 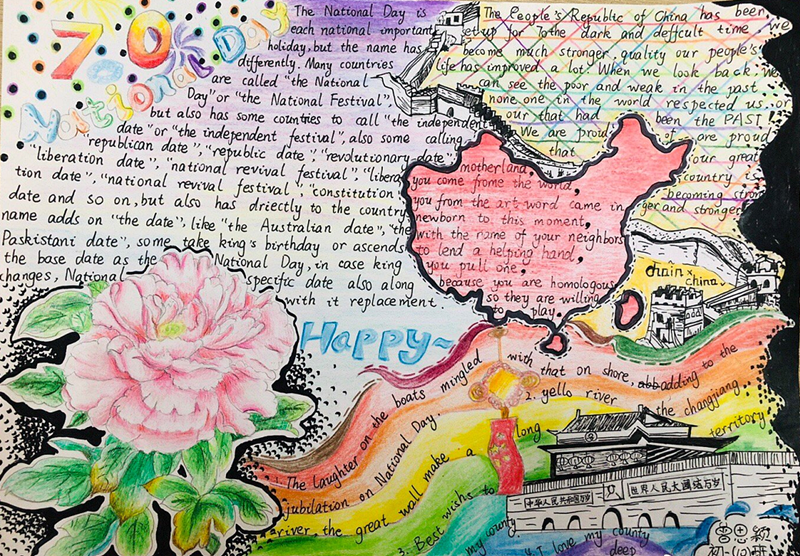